The Intelligent Investor by Benjamin Graham remains safe – in all senses of the word.

This phenomenal book on investing wisely to reach your monetary purpose was first published in 1949. But just as the title suggests, for the intelligent investors, the book remains an important guide today. Thus were the studies and findings of Benjamin Graham…

To keep the content reflective of the current market conditions, many noted financial journalists have added their annotations and comments, although they never surpass the author’s vision. They only help the young investors understand.

About the Author Benjamin Graham 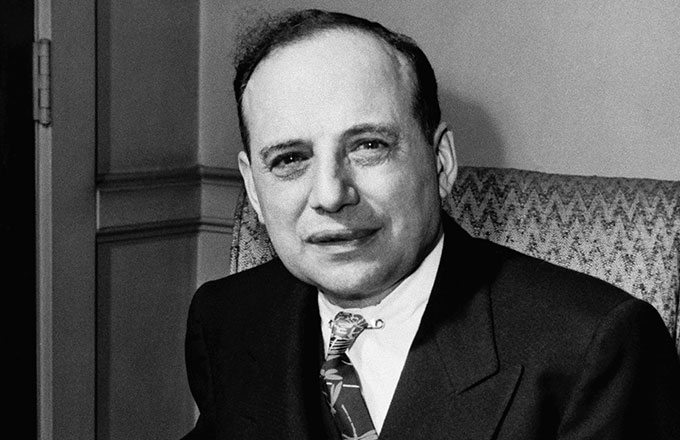 Benjamin Graham was a famous financial advisor during his days and wanted to reach out to more investors to remain cautious and make only wise investments. He puts forward his advice and suggestions in such simple terms that, even a newbie can understand how to invest. You may consider it one of the earlier in the “For Dummies” series, as far as simplicity is concerned. Benjamin Graham knows that the complex calculations will be difficult to decipher by the common men and hence, he totally neglects that part of investing. He instead, concentrates on connecting at the emotional level of the investment process.

He starts off with suggesting how easily people can save a considerable amount of money a year, by making a monthly investment of a negligible amount of shares. Over 20 years, this money would grow enough to be a fortune.

This applies even now.

In his first chapter, Investment Vs Speculation, he talks about the difference between Investing and Speculation. Even though the uninitiated consider market investments as mere speculation, Benjamin Graham clearly states why we must invest and should not speculate in the process. He further makes things clear that he does not vouch for the so-called “watching the market”.

According to him, “The stock is not just a ticker symbol or an electronic blip; it is an ownership interest in an actual business, with an underlying value that does not depend on its share price”.

Detailed illustrations of the different types of funds available in the market and their implications on an investor are clearly provided in this chapter.

Benjamin states down 3 simple aspects to consider in the stock market:

Graham also clearly specifies that investments must be done on well-analyzed companies based on their business prospects, protecting self from huge loss, insisting on satisfactory performance rather than unusual performance.

The Investor and Inflation:

The second chapter, Investor, and Inflation deal with how the investor can set the stage for inflation. Graham establishes the relation between bonds and their profitability through different periods of inflation. He cites how over the many years of inflation, investments in bonds have performed against similar investments in shares and how inflation has affected the investments.

Graham explains that every investor should analyze 2 important points – the long-term profitability of the investment and the likely requirements of the investor during this period. Unless they coincide the investments will never be profitable. Graham also throws some light into considering the corporate company’s actual earnings. Finally, Graham concludes that the investor has to spread his investment across various options to cover the effect of inflation and market uncertainty.

History of Stock Market and The Defensive Investor:

The 3rd chapter deals with the history of the stock market – A Century of Stock-Market history. In the 4th chapter, Graham draws an interesting Portfolio Policy for a defensive investor.

Graham breaks down the conventional principle that the investment’s success is directly proportional to the amount of risk taken. He instead clearly states that the intelligent investor will gain more as he is investing in well-researched stocks and keeping track of its performance constantly. So it is not the risk that boosts the investment value, rather the effort that enhances its value.

The Defensive Investor and Common Stocks:

Graham adds that the defensive investor should also consider changing the portfolio at least every year or seek advice regarding the same every year. Graham also adds that the investor’s requirements will further play an important factor in making the investment a success or failure.

In the 6th chapter, Graham considers the prospects of investing for the Enterprising Investor. Graham asserts that the aggressive investor should also start just like a defensive investor, but can diversify more and try some risky stocks since he will be willing to take more effort in following its performance. He now lists out the wrong investments for the aggressive investments and explains why it is not suitable for him.

In the 7th chapter, he lists out the right investments for the enterprising investor. Graham considers some taxable and tax-free bonds perfect for the aggressive investor. For the aggressive investor, Graham lists out the possibilities of gaining from investing in a large yet not-so-popular company. He further shows how they can gain from bargain issues and special situations.

In the 8th chapter, Graham explains how the investor must behave during

Graham dedicates the 9th chapter to Investment Funds or more popularly known as Mutual Funds. A defensive investor considers the mutual fund investments as a safer option to the company shares. He talks in detail about how these funds actually work and the various aspects to consider while investing in them.

The Investor and His Advisers

In the 10th chapter, Graham shows us how the investor and the adviser connect. He talks about how the different types of investment advisers influence the investor and how far they are helpful and reliable. Graham suggests that the defensive investor may approach a well-established financial advisor or firm who charge them for fund management.

Security Analysis for the Lay Investor:

In the 11th chapter, Graham explains about the security analysis done by the investment advisor based on which they recommend a stock. He analyses the company’s financial ratios, the past performance, and the recent performance and based on all these and more information, suggests buying or selling a stock or other investment. Graham explains the various ratios and financial terms and how they are calculated with the given values of the company.

The 12th chapter deals with calculating and analyzing the per-share earnings over a reasonable period of time.

Graham then compares 4 listed companies – the Eltra Corp, Emerson Electric Co., Emery Air Freight, and Emhart Corp. in his next chapter. Graham compares their profitability, stability, growth, financial position, dividends, and price history. He considers various strengths and weaknesses of these companies based on these indices and conclude that a company must be considered for investment based on its reasonable size, strong financial records, continued dividends, and no losses during the past few years.

He further adds that a strong company must have grown its per-share earnings at least by 1/3 in the last 10 years. Further, the stock cannot be priced more than 1 ½ of its net asset value or more than 15 times average earnings of the last 3 years.

In the 14th chapter, Graham lists down how the defensive investor must select his stocks to invest. He insists on the selection criteria listed in the previous chapter. In the next chapter, he discusses the possibilities of an enterprising investor’s stocks. Since the enterprising investor follows the market closely, the above-mentioned criteria are considerably loosened as far as the values and periods are concerned. Graham now discusses convertible issues and warrants in the next chapter. Then he goes on discussing some interesting case histories. He then compares 8 pairs of companies. In the 19th chapter, he discusses the management’s dividend policy and how it affects the different types of shareholders. Finally, Graham explains the “Margin of Safety” and recommends it as the neutral or safer choice of investment.

Author Bio: Hobbes S Sujith is the senior analyst at OfficeRock.com, a UAE-based e-commerce website offering office supplies. He devotes his time to inspiring his team. With over 10 years of experience in content writing and digital marketing, he now focuses on e-commerce business by offering digital marketing solutions.

Order Now!
About the Book

More than one million hardcovers sold
Now available for the first time in paperback!

The greatest investment advisor of the twentieth century, Benjamin Graham taught and inspired people worldwide. Graham’s philosophy of “value investing” — which shields investors from substantial error and teaches them to develop long-term strategies — has made The Intelligent Investor the stock market bible ever since its original publication in 1949.

Over the years, market developments have proven the wisdom of Graham’s strategies. While preserving the integrity of Graham’s original text, this revised edition includes updated commentary by noted financial journalist Jason Zweig, whose perspective incorporates the realities of today’s market, draws parallels between Graham’s examples and today’s financial headlines, and gives readers a more thorough understanding of how to apply Graham’s principles.

Vital and indispensable, this HarperBusiness Essentials edition of The Intelligent Investor is the most important book you will ever read on how to reach your financial goals.

You will be surprised to know that the basic concepts discussed by Graham hold true even at this age. Although many interesting annotations are added by more contemporary investment experts, the basics never change.

Bold: How to Go Big, Create Wealth and Impact the World