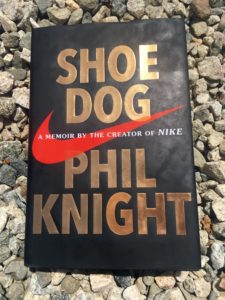 An epic tale of courage and faith. As an athlete and entrepreneur, it is easy to relate to both the relentless pursuit of Phil Knight’s belief in his Crazy Idea and also the failures that come with doing whatever it takes to see your dream become a reality.

The 22 Immutable Laws Of Marketing: Violate Them At Your Own Risk!
Recent Posts
Like Us On Facebook