How To Instill An Ethical Atmosphere At Your Workplace

How to Instill an Ethical Atmosphere at Your Workplace

Instilling an ethical atmosphere at the workplace starts at the top. It begins with ethical leadership that’s respectful and inclusive. If these two behaviors are consistently represented by the leadership, it will help to build trust across social, political, and economic boundaries.

Ethical leaders can have a huge impact on the organization as a whole from enhancing their business and culture, in addition to the community and surrounding environment. They communicate with their staff that they’re not there to exploit staff vulnerabilities and that they’re there to serve others and make a positive difference.

An excellent example of this is Gravity Payments CEO, Dan Price. When he overheard one of his employees complaining about their personal struggle to make ends meet with their current compensation, it inspired him to do something radical.

He made international headlines last year when he announced that he was going to raise the company’s minimum wage to $70,000 over three years and drop his compensation that was previously over a million dollars to help fund the raises.

There was a lot of chatter that it would backfire, but it didn’t. The company’s doing even better as profits are rising, they have a very low turnover rate, and his employees even bought him a Tesla to show their appreciation.

But being sensitive to your employees’ needs isn’t enough; you also have to consistently display transparency and higher moral values while maintaining productivity. Inappropriate behavior should never be tolerated and staff should be aware of that.

If you don’t do this, you can end up with a situation like the one faced by JPMorgan Chase where they had to pay huge government fines.

So what’s the best way to approach this?

Whether it’s a large corporation or a small business, you have to lead by example. Your employees need to know that they’re working for a boss that displays high integrity.
If you as a leader don’t display any unethical behavior, they’re less likely to engage in anything inappropriate as they know that this behavior won’t be tolerated.

Create a policy to deal with ethics within the organization. If you do this, employees will know what the expectations are and what will be considered to be unacceptable.
Having a clearly defined policy will also help you deal with situations when an employee misbehaves. Further, it can also protect your business from potential lawsuits down the road.

Once you have your written ethics policy in place, provide ethics training on an annual basis. This can go a long way in instilling these workplace values and maintaining them year after year.
If you have a limited budget, there are plenty of free online courses out there. But if you can afford it, hire a motivational speaker to run workshops.

Set an Example and Punish Violators

Those who violate your ethics policy can ruin the reputation of the whole company. So establish and consistently practice a zero-tolerance policy for unethical behavior.
This will also make it less like for others to break the rules when they know that unethical behavior won’t be tolerated.

In conclusion, if you wish to create an ethical atmosphere in the workplace, you must have a plan in place and patience to follow it through. 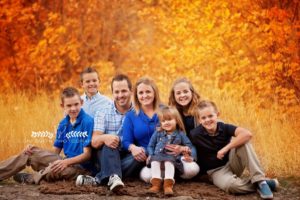 Tyson Downs, the owner of Titan Web Agency, has years of experience working with small businesses and helping them meet their revenues goals. Prior to starting Titan Web Agency, he freelanced in SEO and Web Design while working in the corporate world.